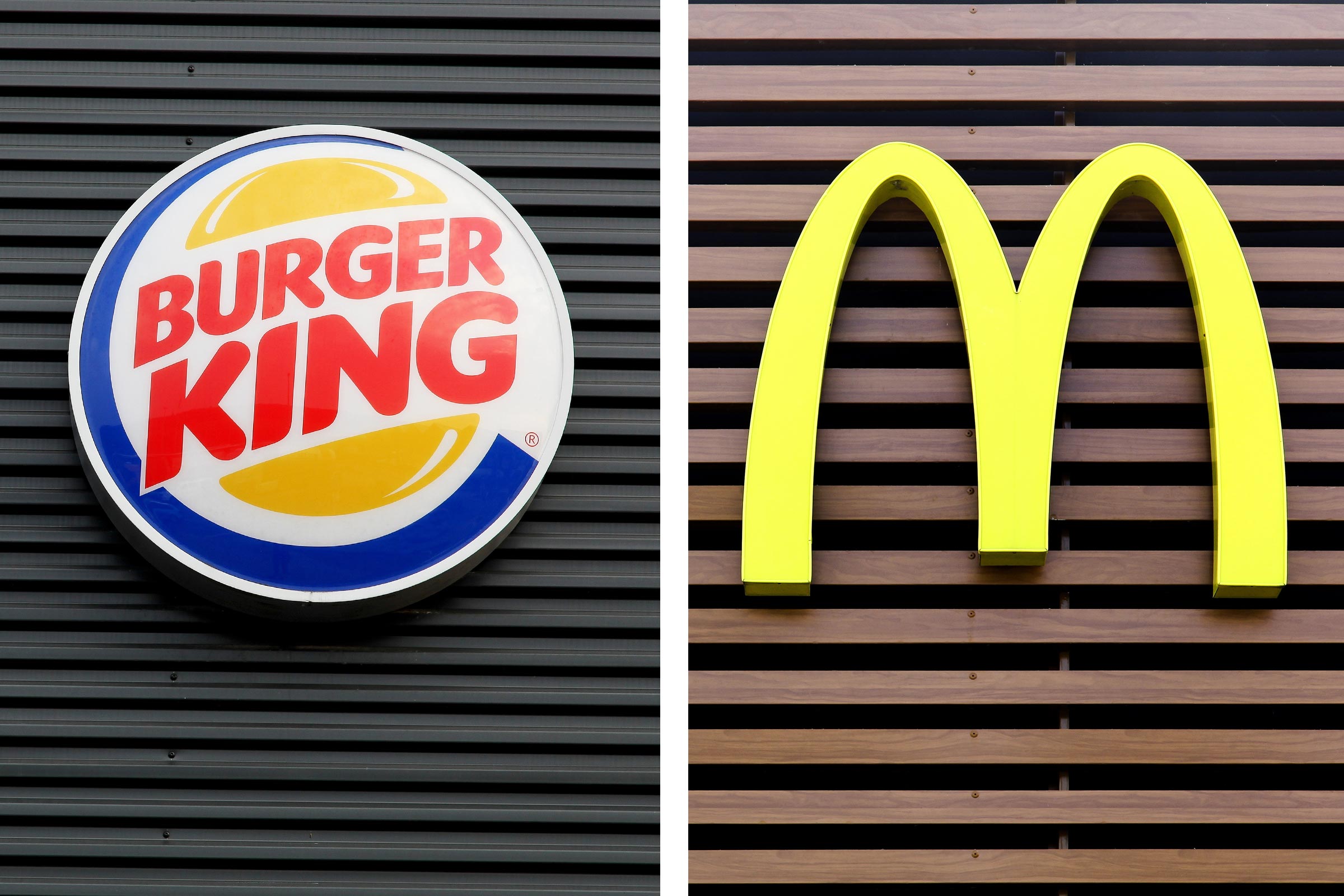 McDonald’s, represented by the legendary golden arches and Burger King, by the rather distinguished King, are two of the leading burger giants in the world of fast food industry.  McDonald’s and Burger King were established in 1955 & 1953, respectively. McDonald’s has Big Mac & Burger King has the Whopper Sandwich, the best, most selling burgers of all time.

Quality to price and queues to credibility, both the brands have positioned themselves amicably, holding unquestionable brand value. In terms of food quality and versatile menus with exquisite choices, both exceed consumer expectations. Both the enormous brands have been rivals for decades, attempting to one-up the other consistently. It may be tiring and time consuming for the two brands to keep up the ‘Burger war’, but it sure is beneficial for the fast food diggers, since the ever driven opponents never fail to come up with new and flavorsome recipes. The ‘Burger War’ started in the seventies, when both the brands, through creative & aggressive campaigning took on each other galvanizing the crowd.

McDonald’s and Burger King are the best contemporaries to coexist. There are a lot of things that the two have in common, good food being primitive and outstanding business models being another impeccable factor. The two brands are spread across the world with outlets have proliferating over the decades, surpassing all other counterparts like KFC or Starbucks.

How do people know which one is better? How can both giants one-up each other, being the best of their lot, serving enticing food? By assuring people they are the best, through aggressive campaigning and creating a distinctive brand image. McDonald’s and Burger King are known for some of their best campaigns. Most of their successful campaigns are the ones targeting the other using comparative advertising. Considering print advertisements to outstanding offers, they know just how to lure their consumers.

One of the most sensational outlet battle between the two created a lot of buzz in 2016. McDonald’s France uploaded a video marking upon lack of Burger King outlets, placing a signboard with directions to the nearest Burger King outlet, situated “258 KM” away next to McDonald’s outlet “5KM” away. The video caused a lot of spur until Burger King hit back spurring the situation in their favour. They released a video of a couple stopping at McDonald’s for just coffee, for their long and awaiting journey to Burger King.

The rivalry between the two is very evident and the two just can’t seem to coexist, In 2015, Burger King proposed McDonald’s for joint promotion on ‘Peace Day’ by releasing “McWhopper”, using their signature burgers, however, McDonald’s did not accept the proposal. In many print advertisements, Burger King used the McDonald’s clown, depicting him buying a burger from Burger King in disguise. Similarly McDonald’s, through its advertisements promotes itself as the real king of burgers.

Regardless of the rivalry, it’s pretty adamant, anyone would love to eat everything they offer, because it all comes down to the quality of food they proffer, but let’s be honest, people love the ‘burger battle’ they serve just as much.


have a project in mind? we would love to hear more.